Researchers use high performance clusters and storage to sequence the snow leopard genome.

It was 2009 when researchers from Oregon State University (OSU), the Western University of Health Sciences and the Miller Park Zoo in Illinois first teamed up to tackle an enormous project—sequencing the entire snow leopard genome. This work would provide new insight into problems facing endangered species and support an ongoing initiative aimed at saving the snow leopard from extinction.

The International Union for Conservation of Nature lists the snow leopard as globally endangered, with fewer than 8,000 individual animals believed to be alive worldwide. Some experts say the actual number may be half that.

The snow leopard, native to the mountainous regions of central Asia, is susceptible to a range of health problems that are less likely to affect other large cat species and may reflect a genetic predisposition. Common ailments include pneumonia, enteritis, hip dysplasia, as well as squamous-cell cancers and two different papillomaviruses. Some researchers suspect an immune deficiency.

As part of the genome-sequencing project, OSU researchers work with about 100 snow leopards from the captive population in North America. A better understanding of the leopard’s genome could help significantly with controlled breeding and greatly fortify efforts to address health concerns.

Genome-sequencing work, however, is extremely data-intensive. It requires ultra-powerful workstations to process the data—and the data is always growing. The need for additional storage capacity is almost constant.

In 2010, OSU researchers turned to Advanced HPC to secure the high performance and high-capacity components they needed.

“The team came to us with an enormous need for storage capacity,” explained Joe Lipman, Senior Sales Engineer. “Each time they run a new genomic sequence, it generates up to 1.5 terabytes of data, which needs to be stored in their data repository so it can be available later for further scientific study and additional research. They were rapidly running out of traditional space. They turned to us because we can deliver the capacity they need at the lowest cost.”

Today—nearly nine (9) years after the relationship first began—Advanced HPC continues to supply OSU researchers with a massive amount of JBODs (just a bunch of disks) to support their Dell nodes running ZFS file system software. Together, these components create the storage functionality OSU wants—and the scalability they need. Over time, OSU has easily acquired more than 3 petabytes of storage from Advanced HPC and continues to order more capacity on a regular basis.

“One of the reasons OSU enjoys working with us is that we allow them to buy individual drives one at a time, which enables them to scale out and grow at their own pace—plus it allows them to purchase smaller quantities, if necessary, to better manage their budget cycles,” said Lipman. “Other vendors make it more difficult, forcing customers to buy minimum storage capacities each time. We’ve created a better model that gives customers a simple menu with set pricing, which helps them avoid ‘vendor lock’ and the expensive pricing that comes with it.”

According to Lipman, there’s great satisfaction in equipping good researchers to do good work.

He said, “While this project will take years to complete, our high performance workstations, networking and storage capabilities are providing the power, efficiency and data storage capacity they need to advance this important genome-sequencing work.”

Today, Oregon State University couldn’t be happier with the solutions and support they receive from Advanced HPC.

“Advanced HPC (AHPC) provides Oregon State’s Center for Genome Research and Biocomputing (CGRB) extremely high-end equipment and support on timelines that exceed our customers’ needs,” said Christopher M. Sullivan, assistant director for biocomputing, CGRB. “The fast-paced world of computational biology requires use of new innovative hardware to change the scope of work being done, reduce bias and increase magnitude of data processed. AHPC is one of the only groups that is able to move with our changing needs and support them as we race forward.”

"The fast-paced world of computational biology requires use of new innovative hardware to change the scope of work being done, reduce bias and increase magnitude of data processed. AHPC is one of the only groups that is able to move with our changing needs and support them as we race forward." 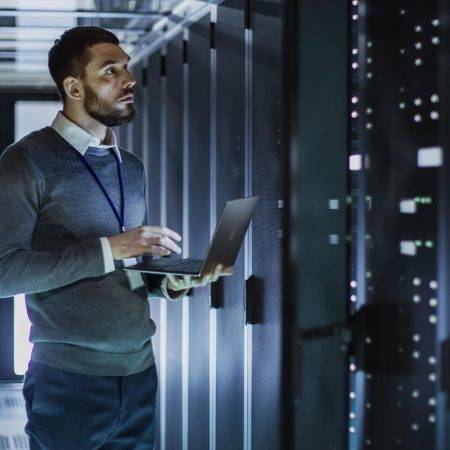